In October 2020, Volaris Group’s Jeff Luchetti and IndiCater’s managing director Mike Day raised glasses of champagne as they each offered toasts during a virtual celebration for IndiCater Limited. IndiCater, a leading provider of catering and hospitality software solutions in the United Kingdom, was formed in the year 2000 by Mike and his former business partner Lou Willcock.

The virtual get-together featured the entire IndiCater team and several representatives from Volaris Group, all to celebrate everything IndiCater had accomplished in its first year as part of the Volaris family of companies… And the list is impressive! 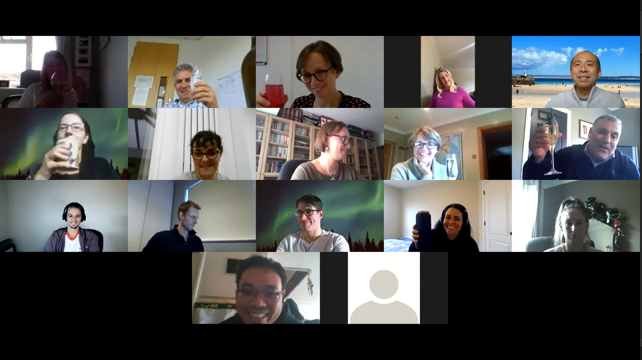 This small-but-mighty team has many reasons to be proud. They’ve successfully adapted to the financial reporting requirements associated with being a publicly traded company. They’ve implemented new technology solutions available to them as part of the Volaris organization. They’ve managed to both maintain and grow their customer base during a global pandemic that had a huge impact on the hospitality industry. They’ve taken on new roles and responsibilities at work. They’ve supported customers with new implementations and through a system migration. They’ve adopted an agile approach to development. And, really, that’s just the beginning!

Operations Director, Ruth Mills, may have said it best when she told the team, “I’ve been with IndiCater just over seven years. This last year we’ve enhanced the system more than I’ve ever seen. There are just constant new features and improvements. At the start of this year, when COVID reared its ugly head, it was potentially a really worrying time for us in the hospitality industry, but I think we’ve done a fab job. We’re not a massive team. Everyone is just brilliant at mucking in. We’ve had a really positive year.”

In addition to reflecting on the year’s accomplishments, some team members also shared the emotions they felt when they learned about the acquisition and how those emotions have evolved over time.

Compliance Manager Tunde Csabai also enjoys the culture at IndiCater and added, “It was really good that the Volaris team came over, because the first impression was that these are not just people in suits who see numbers in the room instead of people. I really got the feeling that they cared and that, as Mike said, it would be alright…A year later I can say that he was right and I’m still very happy to be with IndiCater.”

As the celebration went on, and members of the team continued to share their experiences, it became evident that Volaris Group has become a great home for IndiCater, offering a balance of small company feel with big company resources. It also became clear that IndiCater gets high marks for employee satisfaction. Mike and his team are passionate about their customers and about the IndiCater solution, and above all are committed to each other.

After each member of the IndiCater team had a chance to share, Mike offered a toast. And that passion and commitment shined through. “I’m proud to work with all of you,” he said. “We wouldn’t be anywhere near where we are today, and I wouldn’t have sold the business if I didn’t have such good people around me. All I can do is say, ‘thank you so much from the bottom of my heart for everything you do, and here’s to the next many years to come!’”

Jeff Luchetti’s toast offered much the same sentiment as he spoke words about IndiCater that could be echoed across Volaris: “I’m proud to have you guys as part of the group, and you should be proud of all you’ve accomplished and the part you play in Volaris’ success. Congratulations, thank you, and best wishes in year two!”

Cheers to the entire IndiCater team!