At Volaris, we have the privilege of speaking with hundreds of software companies each year that focus on serving vertical markets.  We like some of them enough to open our wallets to bring them under the Volaris umbrella.

With software businesses serving over a dozen vertical markets in our portfolio, we’re obsessed with understanding and sharing best practices which can turn a good business into a great one. While there is no silver bullet, we have discovered a number of factors that well-operated businesses have in common, and one of them is their approach to pricing the solutions they sell.

Below are 3 key pricing practices that allow for sustainable growth that we see in well-run companies:

Knowing what to discount

Vendors discounting prices in the B2B software world is quite common. When there are multiple vendors fighting for the deal, discounting may be needed to close the sale as a result of competitive pressures. At other times, customers just want to get a ‘deal’, even if it’s a small one, and they negotiate hard for a few percentage points. This practice is usually driven by the purchaser trying to act as a good corporate citizen by safeguarding their company’s cash.

Best in class companies also offer discounts; however, they have learned to minimize the negative long-term effects on the business that come with selling products at a lower price. They will offer discounts where it hurts the least, such as on upfront license cost, and minimize discounting the recurring revenue streams that the vendor will depend on for years to come. This approach protects future recurring revenue streams gained from each sale, and as such, the impact of the discount provided is minimized over the long-run.

Not every deal is worth fighting for

As small software businesses typically lack the financial stability and security of their larger, and often publicly-traded counterparts, winning that next deal seems like the logical thing to do. However, as most software vendors discover at some point is that not all deals are worth fighting for.  Walking away from deals that are not advantageous to the business requires discipline that few small businesses have.

However, top small software businesses will do just that - walk away from deals if they are not able to sell the solution at an acceptable level of profitability. This often occurs when everybody in the industry is vying for the same large, reference client. Being in the drivers’ seat with multiple vendors competing for their business, these prospects tend to negotiate heavily on pricing.  Post-purchase, they can also drain the vendors’ development and support resources at the expense of other profitable customers.

A sale in the world of enterprise software never ends with the customer signing the purchase order. For mission-critical solutions, it’s a long term relationship that consists of implementation, training and support, and perhaps even having input into future product development.

Recognizing the value that their solution provides to customers, top performing companies also ensure that the relationship remains profitable over the long-term and not just at the point of sale. As many of these vendor-customer relationships last a decade or even longer, smart vendors negotiate price increases as they close each sale. This way, prices that are charged for services, add-on modules, support and maintenance are not eroded by inflation – and ultimately help the company plough resources back into the business, ultimately benefitting their entire customer base.

What pricing approaches has your company used to ensure its long-term profitability?

David Nyland is a Portfolio Manager and President of the Volaris Communications & Media Industry Group. He began his career as a software developer at a Tier 1 systems integrator, and quickly moved into entrepreneurial roles at 2 telecommunications software start-ups which scaled and were sold to strategic acquirers. Since then David has been CEO of 2 companies, a public company with global scale, and a VC-funded private business, during which he completed acquisitions of businesses in North America and Europe. David joined Volaris in 2013 to build a Communications and Media portfolio for Volaris, and has since completed numerous acquisitions worldwide including in Canada, Sweden, US, Switzerland, and Singapore. David has a passion for software and telecommunications technology and building synergistic businesses that scale profitably. His goal is to develop a strong synergistic portfolio of companies and hold them forever. 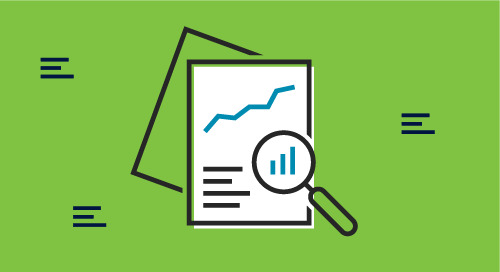 What Due Diligence Should I Expect When Selling My Business?

You have worked incredibly hard building your software company. Now someone recognizes your value and is co... 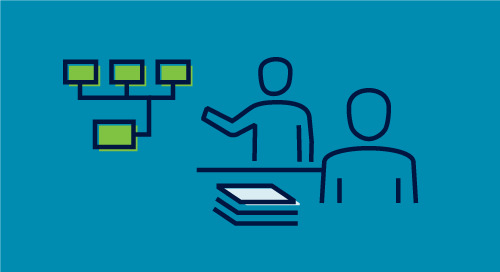 Succession Planning for Your Software Business

Why does succession planning matter? It's a big question. Well, first of all, we want to grow our businesse...