After hopping aboard Volaris Group, Thorsten Schmidt’s sense of adventure and ability to learn have taken him on an express route to becoming a business leader

Thorsten Schmidt is a People Transportation executive who lives and breathes public transit. The business leader’s fascination with trains, trams, and buses first started in his formative years as he observed his father’s work in the industry. These days, Schmidt sits at the helm of Trapeze DACH, the division of Trapeze Group that services Germany, Austria, and Switzerland. In his personal life, he strives to take some form of public transportation wherever he goes.

Since joining Volaris six years ago, his curiosity and willingness to embrace challenges have taken him on many new journeys, both around the world and in his career. He tells us about the experiences he has gained from Volaris Group's investment in talent development. 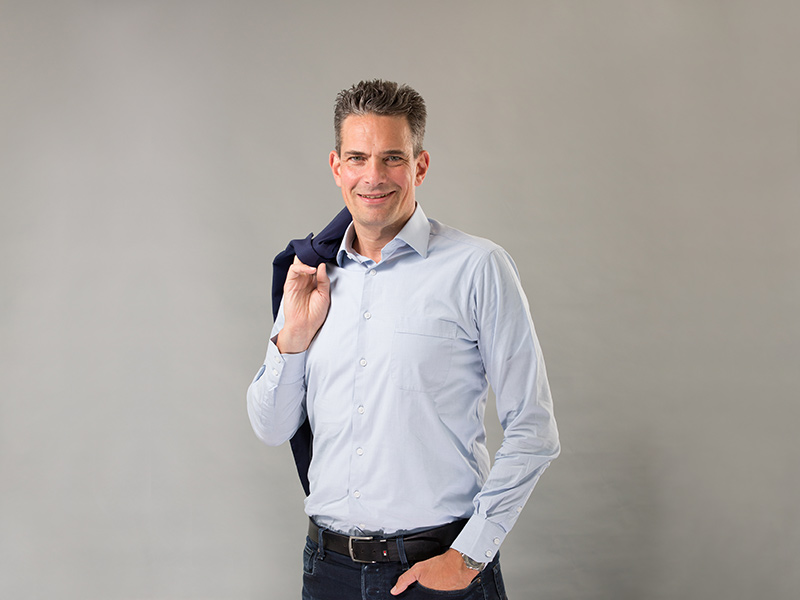 Tell us about your current role as head of Trapeze Group for the DACH region.

I manage the part of the business that provides planning and scheduling solutions for public transport operators, including rail and bus customers in the DACH region. For those who are highly attuned to transit industry technology, this type of software includes Intermodal Transport Control Systems (ITCS) and Demand Response solutions.

In simpler terms, this means that public transport operators use our technologies to plan schedules, allocate drivers and vehicles, and track vehicle locations. Our software enables communications with drivers and the ability for customers to react to day-to-day operational challenges like accidents, construction en route, or other issues that could impact the on-time performance of transit operators. In summary, my business unit helps with the management of a transportation system within a city.

You’ve now worked within Volaris for just over six years, but how did you first come to join Volaris?

Before joining Volaris, I worked for a large European telecom provider and took on different roles in Germany, Ireland, and Luxembourg. It was an innovative and exciting company in a fast-moving industry, and the experience working internationally has been beneficial to my current job.

What made you choose Volaris over a competing job offer?

After meeting the people at Volaris through the interview process, I was attracted to the concept of working in an international environment where it doesn’t matter what location people work in, the belief in small, decentralized teams, and the focus on learning and developing people—irrespective of where they are in the world.

You’ve taken an interesting journey within Volaris. Where did you originally begin within the company?

I started as an Internal Audit Manager at Volaris six years ago, where my focus was to look at large projects—supply chain aspects of certain businesses and full reviews of smaller entities.

Senior management was cautious about doing business in jurisdictions where we were less familiar with the business culture and regulatory environment and wanted to obtain additional assurance. So, I had the chance to travel to the Middle East, South Africa, and India. For example, during this period, I reviewed the processes at our Pakistan-based sister company called Contour. It’s an outsourcing operation that services multiple businesses within Constellation.

What an adventure! What were your next steps from there?

From there, I became a Senior Integration Manager for a newly acquired ticketing business in Germany called Systemtechnik. After that, I was offered a role as a General Manager for a business unit delivering planning and scheduling solutions to customers in Scandinavia and the DACH region. That business unit has now been split into two parts: DACH and Scandinavia. I took the DACH part with me in my current role.

A large trend is that governments are driving cities to address climate change and make public transport more attractive. Part of what we can do to make transit more appealing is to improve timeliness, reliability of operations, and quality of passenger-facing information like digital signage. There’s a lot of investment going toward public transport to push digitalization forward. Ultimately, the goal is to encourage people to move away from cars.

Another big theme is electric mobility. Many of our customers have plans to move their fleets toward up to 100% electric vehicles. That trend requires us to monitor the charging state of buses, which can vary by weather conditions and passenger load.

Europe continues to be a leader in global EV markets 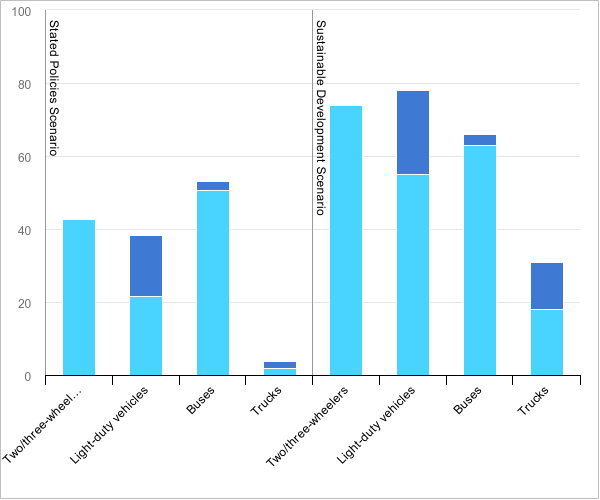 What would you say is unique about working for the People Transportation vertical in the DACH region?

People Transportation in the DACH region is a sophisticated industry in terms of the level of understanding and expertise that has been built up in our own organization and our clients’ organizations over the past decades. With that, there is a strong demand from our customers to innovate and bring solutions to the next level.

The DACH region is built on long-term relationships, with many people who have years of personal connections in the industry. Everyone knows each other and it’s almost like a large family.

What's your favorite part of being the leader of Trapeze DACH?

I find satisfaction in delivering a product to the client that provides a better system for the end customer. We are in the business of making public transport more attractive, and we are in the game together with our clients. Driving this process of innovation requires us to listen to customers and contribute our own global expertise from the wider organization. I work with a team that makes sure we are successful in this goal.