Fighting global warming has become a pressing issue of our time. Major developments to watch related to this issue emerge annually out of the UN Climate Change Summit (COP27 in 2022). The 2022 conference saw world leaders gathering in Sharm el-Sheikh, Egypt to discuss the latest measures they can take to reduce global greenhouse gas emissions.

In recognition of ongoing efforts to achieve the world’s collective climate goals, vertical market software experts at Volaris share the latest knowledge from their industries about how software can help meet customers' needs to drive climate change action, including through the adoption of renewable energy and electric vehicles.

Mass adoption of renewable energy is cited by experts as being the key to driving down carbon emissions significantly. It is becoming a more viable solution as the cost of renewables goes down and fossil fuels become more expensive. 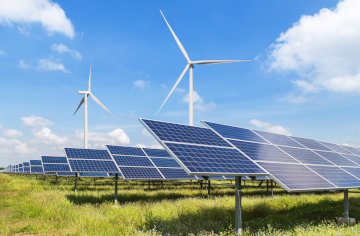 The latest report from IPCC shows we are at a tipping point. We have now witnessed a 1.2°C increase in the global average temperature since the industrial revolution, and while that might not sound like a lot, it is the fastest increase in temperature that the earth has ever seen.

The goal coming out of the Paris Agreement at the UN Climate Change Conference (COP21) in 2015 was to keep the rise in global temperature below 1.5°C, but that is now very unlikely to be possible, even if all climate change emissions were reduced to what had been previously agreed upon. We are now getting closer to a new marker which is above 2.0 degrees — and that takes us into an area where some processes will be irreversible, such as ice caps melting in the Arctic.

We see the results of climate change every year. In 2022, we have already experienced extreme weather events that have taken an economic and human toll: the warmest summer in Europe, massive flooding in Pakistan, and drought in the U.S. with resulting forest fires. As we move from urgency to emergency in climate politics, we must turn to renewables as the only energy source we can implement quickly if we want to shift the curve of emissions to a decline by replacing fossil fuels with electricity.

A trend we see is a significant number of planned offshore wind projects in Europe, Asia, and around the world, on a scale that has not been seen onshore before. In addition, solar is the fastest-growing source of energy now, with the capacity of installed solar panels increasing quickly in Asia and the U.S.  We are seeing larger-scale solar panels being installed.

Investment and planning in renewables are being accelerated by extreme highs in gas prices we have seen in 2022 because of the war in Ukraine. Renewables are now one of the less expensive sources of produced power because the cost of wind and solar has declined significantly over the last five to ten years.

Since wind and solar power can be volatile and unpredictable energy sources, the industry is seeing a trend toward investing in and investigating P2X (electricity storage and conversion) technologies. It is very important for the renewable energy industry to be able to convert surplus production to other energy sources, and have stored power for low-production days.

Furthermore, as Western societies focus on electrification in order to decrease carbon emissions, we also see the trend of more advanced software optimization tools for both local and large-scale grids.

I believe that we as private consumers can get very far by planning energy consumption in our daily life, and by using energy around the clock more efficiently. Creating changes in behaviour will require very advanced planning software to serve both the energy market and consumers.

Most policy experts, including those at World Bank, see investment in public transport as a viable option for cities to resolve air pollution problems in rapidly growing cities. Technology has a significant role to play, as well as investments in infrastructure that allow transit operators to more easily adopt vehicle charging. 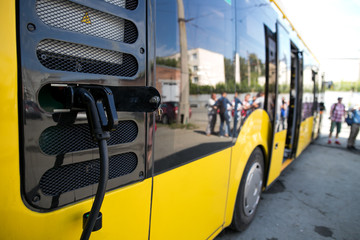 Dominique Mueller is a product manager at Trapeze Group. He shares how software can play a role in helping transit operators meet their emissions targets:

The European Clean Vehicles Directive is a set of regulations mandating that 45% of all newly procured buses for public transport need to be “clean", of which half must be 100% carbon neutral. Most operators comply with this regulation by procuring battery-electric buses.

Thanks to much lower energy costs, electric buses eventually pay for themselves over time, but the initial investment is higher than for diesel buses. This is why in most European countries, generous funding instruments have been created that enable transport operators to purchase not only electric buses but also the required charging infrastructure, as well as supporting IT systems.

Modaxo companies help operators address two key challenges that electric buses bring along with them: (1) limited range; and (2) the need for charging. For any particular vehicle, the range can vary day by day, due to various factors.

Charging brings complexities of its own, especially when vehicles are charged at bus stops while in operation (also known as "opportunity charging").

The challenges our software solves are: