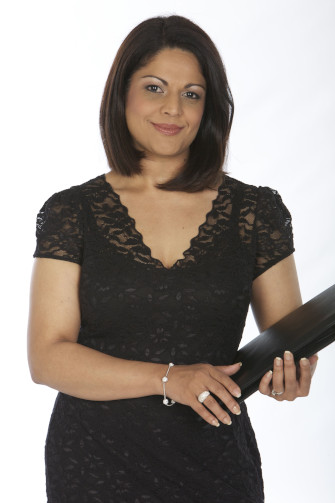 When Joshila Makan took the helm of WCS in 2013, she was determined to lead the company in a new direction. With a focus on developing and launching the next generation of their product to the global market, Makan created a strategy to push beyond simply maintaining the existing product line. Her forward-thinking approach allowed WCS to not only increase growth potential but also retain the talented technical staff essential for the success of the business.

WCS convinced customers who had enjoyed their prior application for 24 years to move to the next generation application to meet all their end-to-end digitalisation and ecommerce needs at lower cost and delivered on that promise across their four territories (US, UK, South Africa, and Australia).

Post implementation, WCS studied the market to determine how the product benchmarked against the competitive landscape. After WCS successfully closed a large grocery retailer and opened a new territory for the product, the company needed a global partner to help further grow the business.

WCS leaders evaluated four key criteria when making the decision to take on a partner or select an acquirer for the business:

Makan was committed to fulfilling her mandate to bring stability for employees, grow and scale the business, and build the WCS brand in the market for the customers. She was determined not to leave WCS until all obligations had been fulfilled including preserving the existing management due to their strong industry knowledge and relationships with the customer base.  But she also acknowledged that some compromises might need to be made to complete a deal that protected all stakeholders.

I knew that I would vote to go out if I had to compromise.  I wasn't sure at the time because I didn't know what was out there, but then [I] come across 3 acquirers and Volaris was one of them…

The Volaris M&A team contacted WCS three years into Makan’s journey as CEO, when WCS had just started rolling out the upgrades to the existing customers, building their revenue, and was still trying to prove their success in the market. The Volaris M&A team regularly checked in to see how the business was going.

As Volaris observed WCS’s investment gain traction in net new customers that showed revenue growth, it became apparent there was some substance here.

“Volaris had stayed close to me, so were one of the three acquirers that had come to the table. When I had looked at what I wanted from the new player, I was very surprised that they ticked all four boxes. It was never about them; it was always about making sure that we were comfortable that we could fit into this culture.”

A Solution Without Compromises

Two other prospective acquirers in the mix were quickly ruled out as they didn’t tick all the boxes.  One of those acquirers stated at the outset they were only interested in the product itself and had no interest in taking on the company’s leadership or employees. Volaris made it clear that they understood WCS management and staff’s understanding of the business and customers were integral to future success.

"What was fascinating is I was very close to my customer base and particularly with the top two customers that were high players in the business," Makan said. "I shared with these two customers the players on the table, and it so happened that one of the customers had another vendor that Volaris had acquired. The customer went and spoke to them to see how their journey with Volaris was going. They received glowing reviews about where they were and where they are today with their growth."

The glowing reviews gave WCS the confidence to enter into early discussions about acquisition. The Volaris due diligence process very thoroughly mapped out every facet of the WCS business, making a clear case for how they could take WCS to the next level. When WCS was ready, the acquisition process was swift and efficient. "Volaris are not going to buy something for life if they haven't done a thorough check," Makan said.

Any business that has gone through a due diligence with Volaris should ultimately feel very confident that there's value here and there is potential for growth and that they are committed to helping businesses become an A-player in their industry. Volaris is very clear that you are there for life.

Overnight, WCS had access to tools and resources that would have otherwise been unavailable as a small business. New ways to measure and evaluate performance helped identify opportunities for growth, as well as places where best practices could be implemented. Furthermore, WCS were benchmarked against 150 other businesses in their industry, which provided a realistic assessment of how their company was doing compared to the competition.

With the help of Volaris, we were able to measure our business and draw analytical insights from it that we never had before. The data revealed a clear story, enabling us to make well-informed decisions on where we should focus and what actions to take.

Talent Development for the WCS Team

After fully evaluating where the business was, Volaris focused on talent development to give WCS staff the skills to bring the company into the future. With learning events like Quadrants, Activate, and Volaris 101, WCS employees were given the opportunity to learn, grow, and network with peers from across multiple industries and global markets - something that had previously been out of reach for those in a small business. This was highly valued by WCS staff who appreciated the stability of their job as well as the chance for personal growth. "The glass ceiling was shattered overnight, which was great as they were previously not getting personal growth," Makan said.

Every employee is benchmarked, and everyone has a development plan and is constantly looking at opportunities and movements.  WCS put together a new structure placing key functional areas in management, looking at the organization as a whole and bringing new blood into the new management structure.  Existing team members were also moved around, which suddenly opened opportunities up for them.

WCS has grown exponentially in the last three years and has made significant improvements across all areas of their business, from streamlining their management structure to investing in their people. This has allowed them to transition from being seen as a high-risk company to one that is now considered reliable and secure by their partners and clients.

“I never thought we could grow to the levels that we were able to grow and that was just by looking at the business smarter and by giving me a different lens in the business.”

What the Future Holds

When first acquired by Volaris, WCS leveraged shared services in accounting and in HR. With the level of growth achieved this year, they are now self-funding their own accounts team, growing their financial division overall, and currently recruiting for their own HR.

They are also aggressively building out their marketing and sales engine, starting by employing a marketing manager and refreshing their website to get them ready to hit the market next year to further create new customer growth and enter new territories. "I'm proud to tell customers about our company's remarkable performance since partnering with Volaris. We've consistently achieved and exceeded all of our goals, proving just how resilient WCS is even in difficult times," Makan said.

WCS looked at the successful transformations of other businesses within the Volaris Group and were reassured that the changes they were going through would eventually pay off. This confidence gave them the strength to believe that they too could accomplish their goals.

All four boxes continue to be ticked and the biggest tick in the box is when your staff come up to you and say, ‘I feel safe,' that they have security. There's so much excitement, so much investment.

Get the latest updates about Volaris delivered to your inbox.